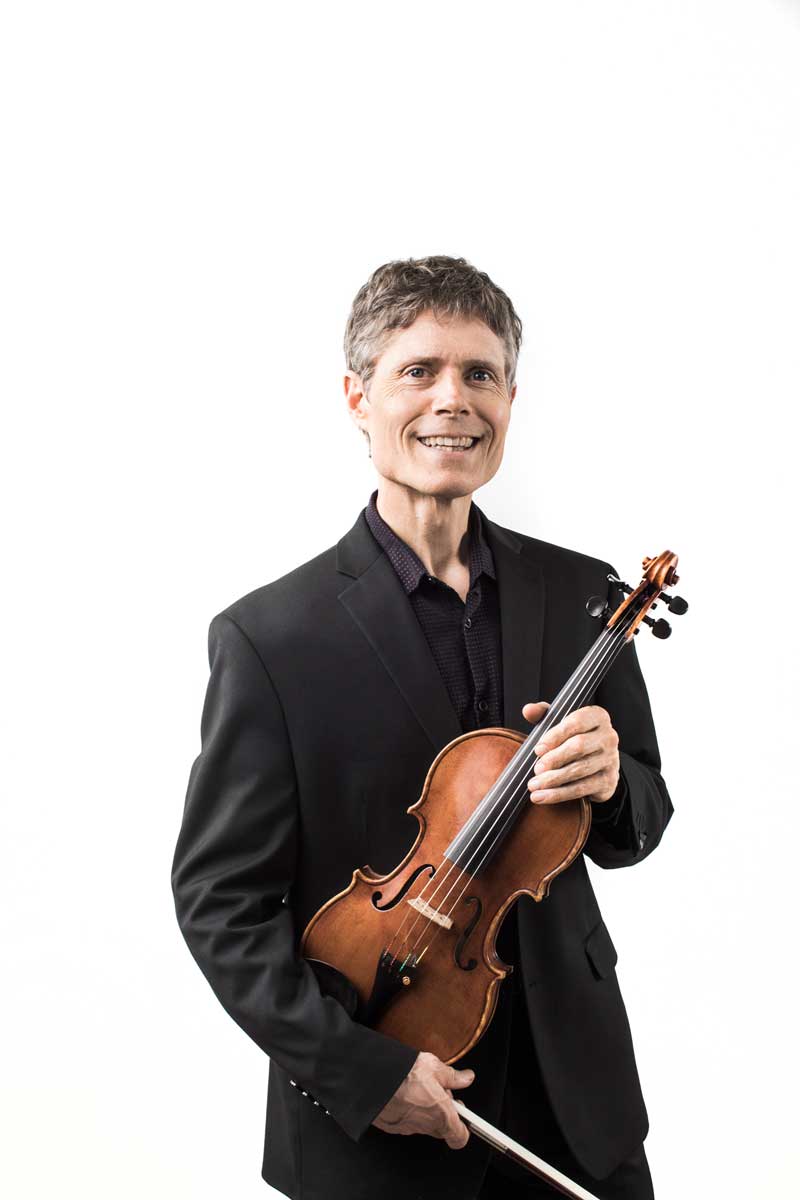 Eric Pritchard has been serving as First Violinist of the Ciompi Quartet of Duke University since 1995. His previous appointments as First Violinist of the Alexander and Oxford String Quartets included positions at City University of New York, San Francisco State University, the University of North Carolina School of the Arts, and Miami University. A native of Durham, New Hampshire, he studied at the New England Conservatory, the Indiana University School of Music and the Juilliard School where he received a Master of Music in 1985. His principal teachers were Josef Gingold, Ivan Galamian, Eric Rosenblith and Giorgio Ciompi. Pritchard was awarded First Prizes at the London International String Quartet Competition and at the Coleman and Fischoff national chamber music competitions. He was also the winner of the National Federation of Music Clubs Award in violin in 1981.

Mr. Pritchard has appeared as concerto soloist with orchestras including the Boston Pops, the Indianapolis Philharmonic and the Orchestra of New England. He has served as Concertmaster of the Columbus Symphony, the Opera Company of North Carolina and the Spoleto Festival Orchestra. As a baroque violinist, he performs on an historically restored 18th century British violin from the Duke University Musical Instrument Collection. Pritchard has premiered string quartets by illustrious composers such as Aaron Copland, Sir Peter Maxwell Davies and his solo and chamber music performances have been released on Naxos, MSR Classics Albany, Amplitude, Arabesque, Carlton, CRI, Gallo, Gasparo, Mastersound, Pro Organo, VAC, and Verdi labels.

As a certified teacher of the Alexander Technique, Pritchard offers workshops and classes for instrumentalists and singers at Duke and elsewhere that focus on achieving peak performance through increased body awareness. He resides in Durham, NC with his wife, Laura Lawton and sons, Shea and Aaron.

You are here: Home / About / Eric Pritchard