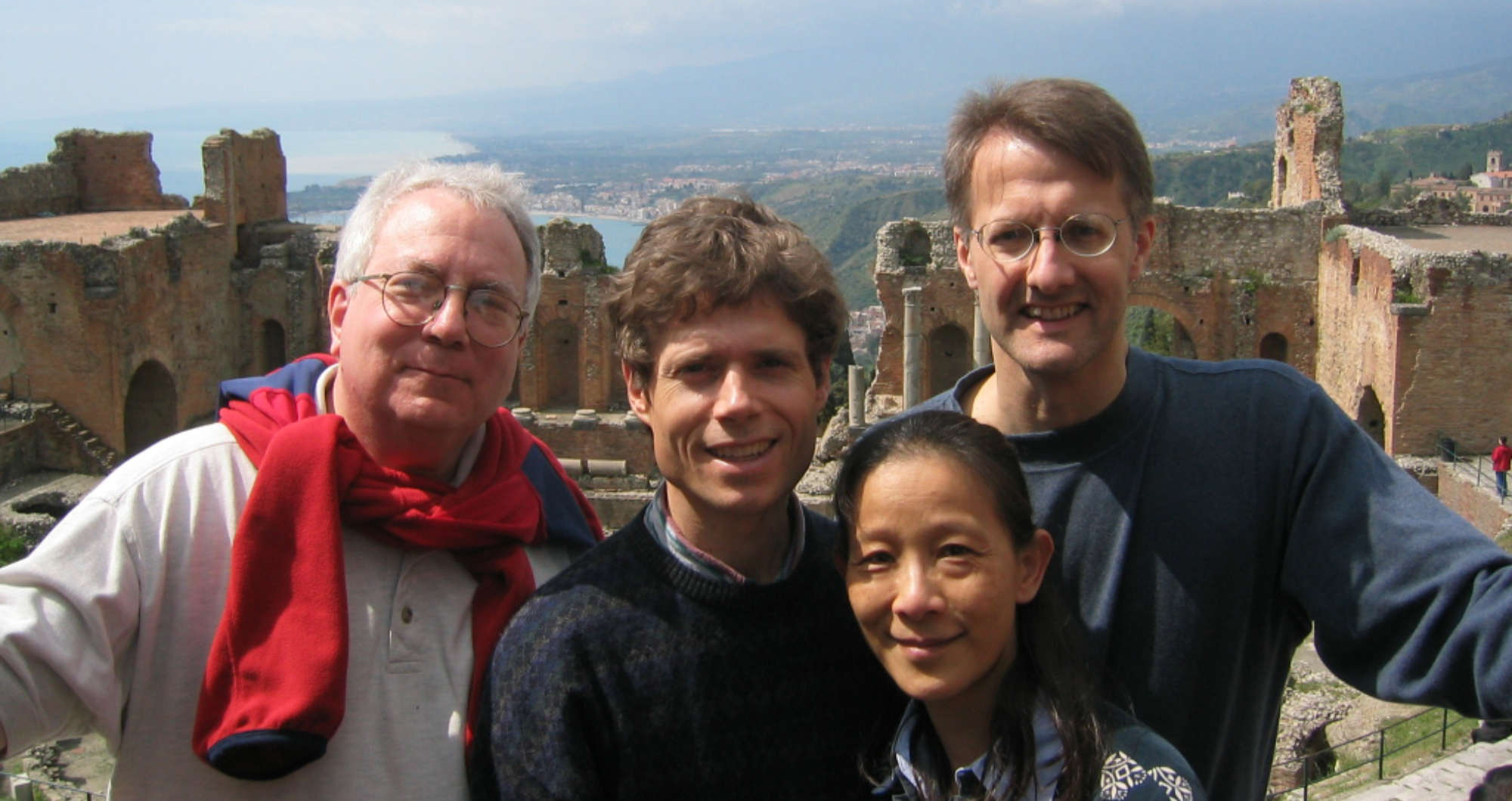 One of the most remarkable aspects of the Ciompi Quartet’s profile is that it has always been both a local and an international ensemble: its consistent standards of excellence have earned the group a national and international reputation, yet it has remained active and involved in the Durham community. Two significant events of the late 1970s and early 1980s illustrate this duality: the quartet’s residency at the Duke University Medical Center and its international tours of 1976.

One of the most remarkable examples of the Ciompi Quartet’s service to its community was its residency at the Duke University Medical Center (DUMC) beginning in 1980-81. Supported by a grant from Chamber Music America, the ensemble presented a total of 24 concerts for patients, families, and visitors at DUMC, as well as staff and employees. These informal concerts were educational in nature: at many of them, the members of the quartet explained the history of each composition for the benefit of those who had not yet been initiated into the world of classical music, and they entertained questions from the audience. Thus, at a time when many university music departments had become insular, overly specialized, and inward-looking, the Ciompi Quartet visibly demonstrated that classical music is not the exclusive preserve of experts at elite institutions. Through this residency, the ensemble offered unparalleled opportunity for non-specialists in the Durham community to deepen their individual listening experiences.

Four years earlier, in the spring and summer of 1976, the Ciompi Quartet had embarked upon a noteworthy pair of international tours. In April and May of that year, the ensemble traveled to Europe to perform in six Italian and seven German cities. The quartet continued the tour in Australia in May and June. During this peregrination, the quartet had the distinction of serving not just as a representative of Duke University, but of the entire United States: the tour was intended as a celebration of the American bicentennial and was expressly marked as such on several of the concert programs. Appropriately, the quartet featured American music in the concert programs it selected for this occasion. Among the showcased pieces were Samuel Barber’s String Quartet, Walter Piston’s String Quartet No. 1, Aaron Copland’s Two Pieces for String Quartet, and George Gershwin’s Lullaby.

This travel and these programming choices had special significance for Ciompi. Interviewed by the Colorado Springs Gazette-Telegraph in 1959, the violinist had stated that “American culture is something that the European does not yet actually believe.” As a European émigré to the United States, Ciompi seems to have felt a calling to champion the artistic merits and accomplishments of his adopted homeland. By serving, in effect, as a musical ambassador for the United States in its bicentennial year, the Ciompi Quartet embodied this ideal.

These examples illustrate how the Ciompi Quartet, as both a world-class ensemble and an ensemble anchored in a particular community, was able to bridge gaps between the global and the local: it made world-class cultural experiences truly accessible to people in its home of Durham, North Carolina while also representing the culture of its home (the United States) to other parts of the world. Both of these aspects of the quartet’s identity, moreover, would expand in later years. The 1990s and 2000s saw a significant augmentation of the quartet’s international touring (see Ciompi History). Meanwhile, in the 1980s, the quartet had extended its commitment to making its performances accessible by initiating a series of “first course concerts,” events at which members of the concertgoing public could hear a featured piece discussed by a composer, scholar, or quartet member—with live demonstrations of key ideas and a full presentation of the piece—in preparation for a hearing of the work in a more formal concert setting.

You are here: Home / Ciompi History / The Ciompi Quartet at Home and Abroad