Get tickets for this concert » 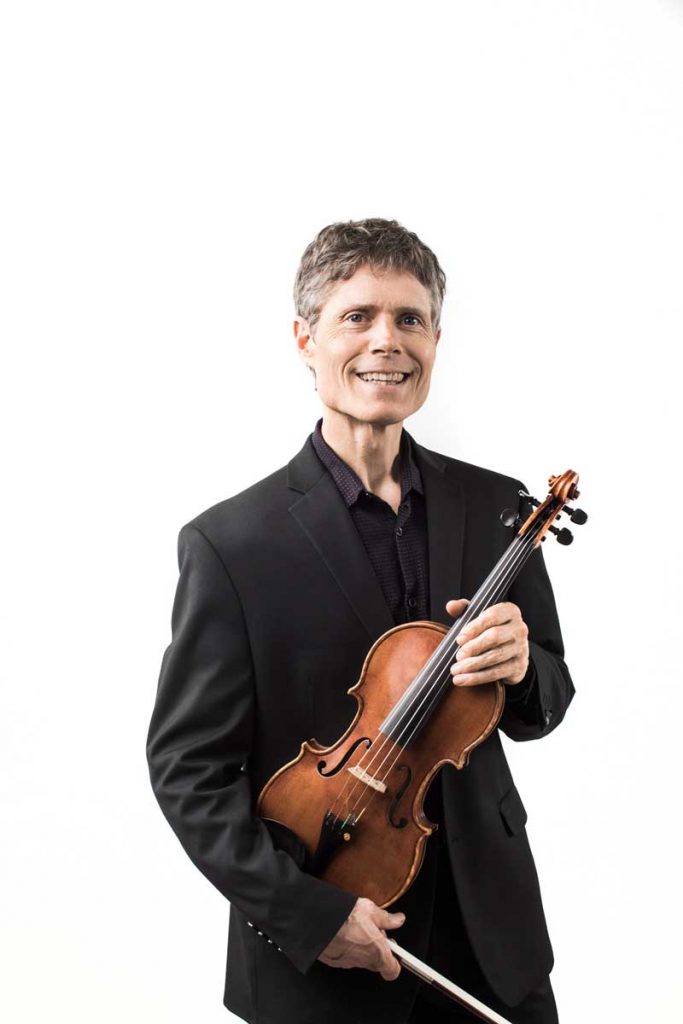 Eric Pritchard has been serving as First Violinist of the Ciompi Quartet since 1995. He was previously First Violinist of the Alexander and Oxford String Quartets. He studied at the New England Conservatory, the Indiana University School of Music and the Juilliard School where he received a Master of Music. He was awarded First Prizes at the London International String Quartet Competition and at the Coleman and Fischoff national chamber music competitions. He was also the winner of the National Federation of Music Clubs Award in violin in 1981.

Cellist Elizabeth Anderson has performed in major concert venues of the world in China, Japan, Australia, Italy, Germany, Finland, Mexico and the US. As a founding member of the Naumburg Award winning Meliora Quartet, she made numerous appearances on the world’s most prestigious chamber music series and recorded the Mendelssohn Octet for Telarc with the Cleveland Quartet. She has also performed and recorded extensively with the Cassatt String Quartet, VC3 Cello Trio, and as cellist in the New York City Opera Orchestra at Lincoln Center.

Pianist Brandt Fredriksen enjoys a dynamic and versatile career as a performer, musical director and teacher. His debut recitals were held in Weill Recital Hall at Carnegie Hall in New York City, Gasteig Cultural Center in Munich, Germany, and Vafopoulio Cultural Center in Thessaloniki, Greece. Fredriksen has appeared in recitals as a soloist and a collaborative artist at many prestigious venues including Zankel Hall at Carnegie Hall, Lincoln Center Jazz, Merkin Hall, Florence Gould Hall, Gasteig Cultural Center, Megaron Athens and Thessaloniki, Greece and Beijing Concert Hall in China. In 1999, he was selected by the U.S. and China Foundation to perform recitals and concertos throughout China, a tour that included Beijing, Shenzhen, Shanghai, and Shenyang.